Think of what you associate with the people in your life: from your coworker’s tendency to use “totally” in almost every sentence to your best friend’s preference to buy almost everything in pink.

These connections with a person’s name or a company name make up a person’s image or brand. Walt Disney, Madonna, J.K. Rowling, and Steve Jobs are famous people who have built brand associations with their names.

Even if you don’t plan to become famous or own a business, you should know that branding yourself has become necessary now more than ever.

Lego, a highly recognized toy manufacturer,  is named one of the most successful brands.

Why care about your brand or image?

It takes only seconds for someone to make a lasting first impression with a stranger.

Psychological scientists conducted studies to find out just how lasting a first impression can be. In a study of about 200 participants, people judged whether a coworker had improved or worsened in her behaviour. This coworker started with a neutral first impression, and then attempted to make a bad impression by cutting in line and gossiping. She also attempted to make a good impression with behaviours such as opening the door for others and making compliments.

Similar studies in other scenarios such as social dining yielded similar results: it was easier for people to think that a person has turned bad than changed into someone good.

The Harvard Business Review  says that “The reason people don’t often change their initial impressions is that our brain is optimized to conserve energy; if there’s not a compelling reason to re-evaluate something, then we won’t.”

To change someone’s initial impression of you, you will need a bold strategy, such as surprising them or overcompensating over time with a forceful change in behaviour.

The next time you go to an interview, or meet a new friend, think about how you want to brand yourself. What image do you want to present to this person? What do you want them to think about you? Establishing yourself in a positive light by behaving well will give you a good start. But remember: You will only have ONE first chance.

Your appearance can affect your value.

People will form a first impression based on how you talk, act, and behave. They will also form an opinion of you based on your appearance.

Just how important are your looks? Studies on appearance and income show a correlation between the two. So when you groom yourself or choose your outfit for the day, think about what statement you are making about your personal image. Are you successful or average? Social or introverted? An athlete or couch potato?

For example, in a poll of half of the Fortune 500 companies, they found that on average, their male CEOs were just under six feet tall, or three inches taller than the average man. This complements a study that six-foot-tall males make $5,525 more than five-foot-five males. Similarly, a study on women’s height found taller females earn five to eight percent more for every extra three inches of height that they have over their average-height counterparts.

These studies suggest that investing in high-heeled shoes can help your increase your salary. However, it’s difficult to add an extra foot to your height if you’re very short.

Watch how you dress

Another way to raise your value is to carefully choose how you dress. True, your attire should be a personal choice, but the opinion of others can influence your ability to get ahead.

Dressing professionally and conservatively can help you to appear as a leader if you want the role. Being well-dressed produces self-confidence and can help to advance your career, according to Harvard Business Review.

Women have an additional element to consider: if you wear make-up, you are considered as more professional, according to sixty-four percent of directors in a survey reported in The Times.

Even the way you carry yourself affects how others see you, so consider the message you are sending with your posture. Sitting in a power position, such as legs up on your desk and leaning forward, will make you look powerful and in charge to others, according to a Harvard Business School study. (Although I don’t suggest putting your legs up on your desk for a business meeting.)

Your appearance affects your salary, how people perceive your ability to lead or be taken seriously, and how people judge your decision-making. What value would you want to associate with yourself? Are you the manager whose decisions are trusted by your superiors and your team? Are you the friend who is frequently responsible for booking group vacations and keeping a tally on who has paid? What characteristics describe you?

Establishing a personal brand is not easy. First, you need to make a solid first impression. Then you need to maintain it by the way you dress and behave. All of these factors put together are another person’s image of who you are as a person. This branding doesn’t stop with in-person relationships. Your branding online matters as well. 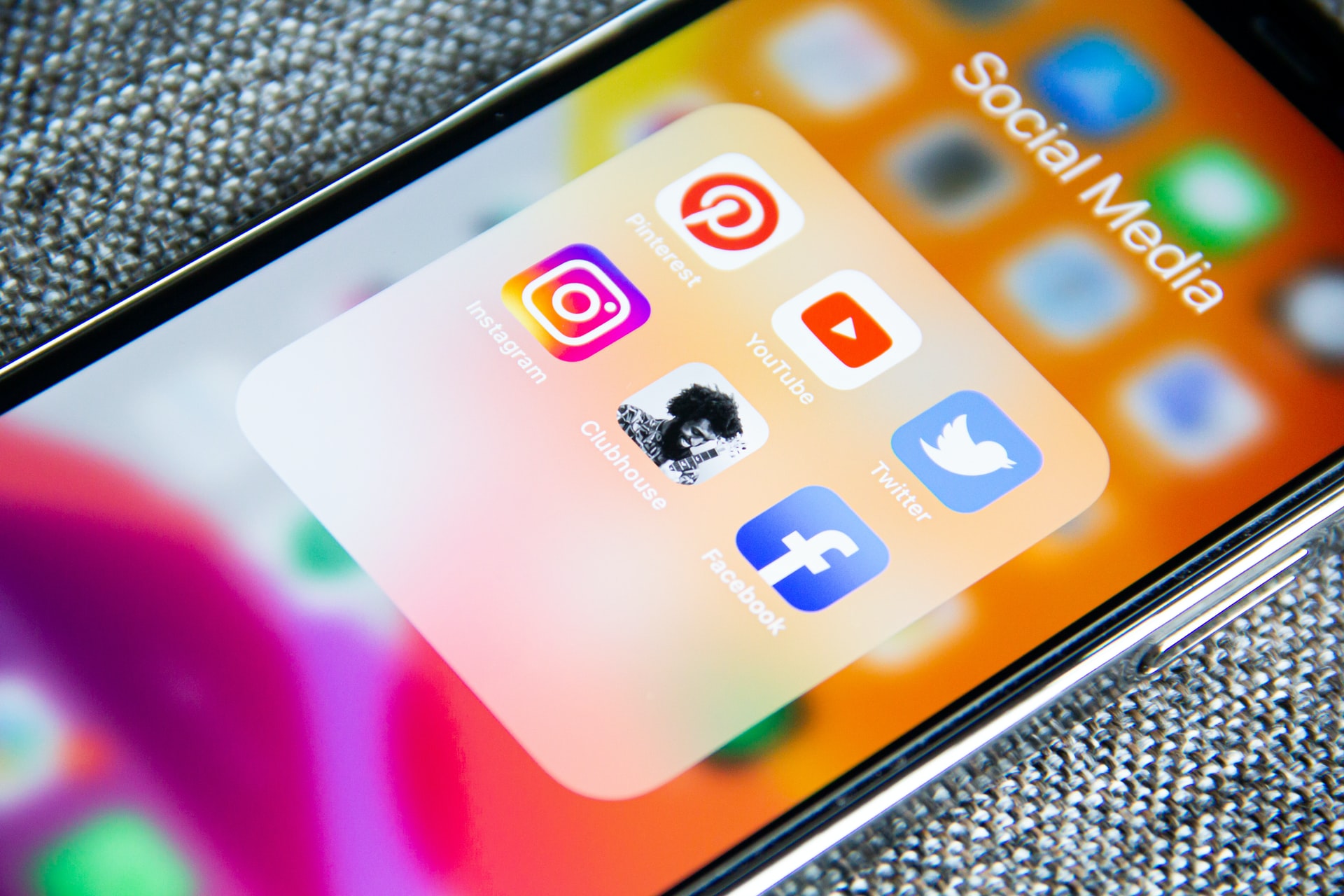 Social media has become a prevalent way for people to get to know you.

You may be applying for a new job. Or just “friended” someone on Facebook. You may have just written a restaurant review. Or you might not be on social media at all. These examples have a profound effect on how people perceive you, so the following facts are worthy of a serious read.

According to Statista, one of the leading statistics companies on the internet, the global social media population is 4.2 billion people at the start of 2021. In Canada alone, internet users visiting social networking sites as of January 2021 include 84.9% of the country’s population. For the US, the number is 72.3%. The number is as high as 99% of the population in the United Arab Emirates. Somewhere in those statistics includes potential clients and employers, which means you aren’t the only one surfing the internet during office hours.

Global recruitment company Careerbuilder says that sixty percent of employers use social networking sites to learn more about a potential hire’s qualifications for a job. They want to find out more about a candidate’s online professional portfolio and persona, as well as what people are saying about this person online. Forty-one percent of employers (in 2016) say they are less likely to hire a candidate if they cannot find information about that individual online.

Even if you aren’t looking for a job, or your relationships with your clients are strong enough that social media won’t affect a business deal, you should consider the impact of social media on your personal life. As of 2021, Facebook is the most popular social network worldwide (according to Statista).

Who you choose as your friends on Facebook, the pictures you post, what posts you like, and which posts you are tagged in are all part of your image. Picture yourself looking at Facebook profiles right now. What conclusions do you draw about a person who has three Facebook friends? How about 5000 Facebook friends?

Now have a look at some photos. One of your Facebook friends has posted several pictures of vacations, family gatherings, and various dogs. What do these photos tell you about this person?

Now have a look at the photos of another Facebook friend, someone you just met last week. This friend has photos of people drinking alcohol, links to political news articles, and snappy jokes. This friend has tagged you in a photo of last week’s house party. Your other Facebook friends can see this tagged photo of you. Would you like to be associated with this person who has tagged you? How will this photo affect your personal brand?

With the prevalence of social media today, your reputation can precede you. A prospective employer may have scanned your LinkedIn profile prior to your job interview. A casual acquaintance from your volleyball league can learn about your experiences as a volunteer from your Facebook photos.

Even if you avoid technology, your reputation can still precede you. When you told your customer you weren’t going to give him a refund, he wrote a review online which was shared on Twitter and Facebook. The tweet was shared 15 times and the post on Facebook was liked 18 times and generated 7 comments. One of those comments advised people not to visit your store. More alarming still, that Facebook post appeared in the news feed of someone planning to visit your store for the first time.

These social media statistics indicate that your online presence is part of your brand. The world has become a much smaller place, and your new next-door neighbour may already have an opinion of you: she’s Facebook friends with your sister’s husband.

Why care about your brand?

You might not be famous. You might not be a business owner. But people will have associations with your name when they meet you for the first time, even before they’ve met you. If you’re maintaining a relationship, they will also have ideas about the type of person you are, and these opinions are not easy to change.

Thus, the question to pose is: Who are you, and what do you stand for?

Your brand and image matters.

One thought on “Why Your Brand and Image Matters”